The best place to get a microbrew beer is… East Sussex? 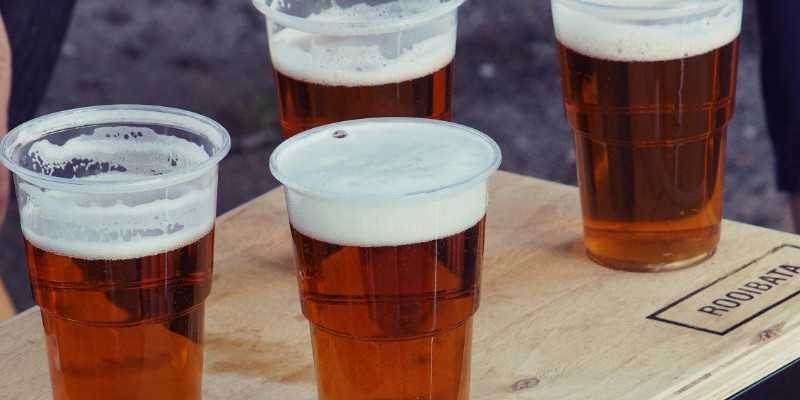 The thirst for craft beers and ales seems to be growing across Britain. Small brewers, working with enthusiasm and great ingredients, are producing delicious beers once again. Microbreweries are springing up everywhere from Scottish crofts to converted garages in London and to abandoned dairies in Cornwall – but it is East Sussex that has more microbreweries, and more growth than any other region in the UK.

The evidence that East Sussex may be ideal for setting up a microbrewery is supported by industry figures (Figure 1). These show the fastest growing microbrewery operations in the UK are all located in this single county. There are several brewers in the area who currently fall into the top turnover beer companies in the UK, and the growth seems set to continue; operations like the Gun Brewery in Heathfield grew by 655% last year. But why is East Sussex the county with the greatest concentration of high-growth beer companies in the UK, rather than a traditional brewing area such as Burton on Trent, for example?

It seems there are several reasons.

It’s not just microbreweries that are booming

The number of breweries in the East of England grew 26% between 2013 and 2015 and the area is now home to 78% more breweries than London.

The big brewers are benefiting from real ale’s popularity too. From a list of 100 of the highest turnover beer manufacturers in the UK, no less than 6 are based in Luton. The revenues of these companies add up to  £6,537,680,371. That’s six and a half billion pounds.

Of course, there is a contender for the beer premiership. Woking may have only one major brewer, but the single SABMiller site made total revenues of nearly £15 billion last year.

The secret of the beer revival seems to be a willingness of the major breweries to introduce their own version of “Craft Beer” using brands from smaller UK breweries they have purchased  – or entirely new character ales that they have created, combining craft recipes with industrial-scale brewing.

The brewing process is straightforward. You carefully follow a recipe, and mash the grain to get sweet wort. You boil the wort with hops. You cool the hot wort and add yeast, which actually does most of the work for you. It is so simple, in fact, that the quality of the ingredients is just as important as the skills of the brewer.

East Sussex has many farms that have been producing quality hops and barley for generations. Top quality and organic ingredients can be easier to source, while the local water, naturally filtered by the chalk downs, is ideal for a quality brew.

As any craft brewer will explain, time is vital for any quality ale. Settling and cask conditioning are accelerated by the use of additives and treatments by industrial-scale brewers needing to meet price and quantity targets.

Microbreweries concentrate on quality. The relatively low costs of suitable property in East Sussex, often in the form of obsolete agricultural buildings, mean that space for conditioning beer is affordable. The reduced business pressures to produce each batch in the shortest possible time can more safely be ignored.

Of course, being able to produce fine beer is of little use if there is no-one ready to drink it. East Sussex is a predominantly rural area, with a population that is spread among Wealden villages as well as towns like Lewes and Brighton.

It would appear to have fewer potential customers than more urban areas.

However, the economics of microbreweries dictates a high-cost product, likely to be consumed in small quantities. So while an urban area may have more beer drinkers in total, a microbrewery can supply a geographically larger area.

If this area is affluent, as East Sussex is, the potential for successful sales are better. They are better still when the area is a major destination for tourists who enjoy a local ale as part of their visit.

Plus, of course, the huge potential marketplace of London is only a few hours away. Brewers who establish themselves in the East Sussex region can go on to supply beer connoisseurs in the capital, both through specialist retailers and as guest beers in selected bars.

Setting up a microbrewery

Starting a microbrewery can be the beginning of a business that is personally, as well as financially rewarding.

However, the cost of setting up a microbrewery should not be underestimated. The first cost is likely to be leasing or buying premises. A small 2.5-barrel brewery, which may be around the smallest viable for a business could be housed in as little as 250-500 square feet, but you may need additional space for storage. A 15 barrel brewery would need 1400-1600 square feet. Remember, if your business is a success you will need room to expand.

You will need running water, electricity and drainage, and open floors capable of carrying substantial loads, together with good roof height. Washable walls and seamless, impact resistant, anti-slip flooring will be essential – and you may be able to install polyurethane resin flooring to an existing floor.

You will then need to assemble your brewery itself. It may be possible to buy second-hand equipment, from mash tuns and fermentation tanks to keg and bottling equipment. New equipment is likely to be more costly initially, although it could be cheaper in the long run if it offers a longer working life. Costs for a small operation may start below £5,000, but will rise rapidly as the size of vessels – and your operation – scales. A complete turnkey 12-barrel brewery from a specialist supplier could cost between £50,000 to £80,000.

Many experienced microbrewery operators report that these costs are only part of the total. Setting up your business, dealing with all the expenses – from wages and business rates to distribution – until it becomes profitable, may be as much again.

So if you are serious about setting up a microbrewery, it looks as though you might consider doing so in East Sussex. You should certainly look at getting an expert in business funding working with you to find the most affordable answers to your financial needs. Take a look at how Rangewell can help you find the finances you need.

There are many steps you need to take when you are planning to turn a small business into a larger one, but one of the m...

What is Business Mentoring & Why is it Important?

While some entrepreneurs believe that they do not need a mentor and should only follow their own instincts, many success...

Using a classic car as security for a vehicle restoration business

The benefits of staying active in later life are well known, and many more people are now looking at turning a hobby tha...

£10,000 Asset Finance for a loss-making microbrewery

Providing a key asset when conventional lending is impossible   Funding can be easy enough to arrange for a s...