There is significant evidence to show that Healthcare, as a sector, was one of the hardest hit from the economic fallout of Coronavirus. The anecdotal testimony of the consequences of the crisis has been prevalent since February, and now the economic data seems to support the ‘word on the street’.

The GDP data indicates there is little difference between the output of the sector during the lockdown and after. GDP data in other sectors shows that some saw a 25% increase of output since the lockdown, while Health and Social Care saw its output remain below 25% of its February output.

This could be down to a number of reasons, including: 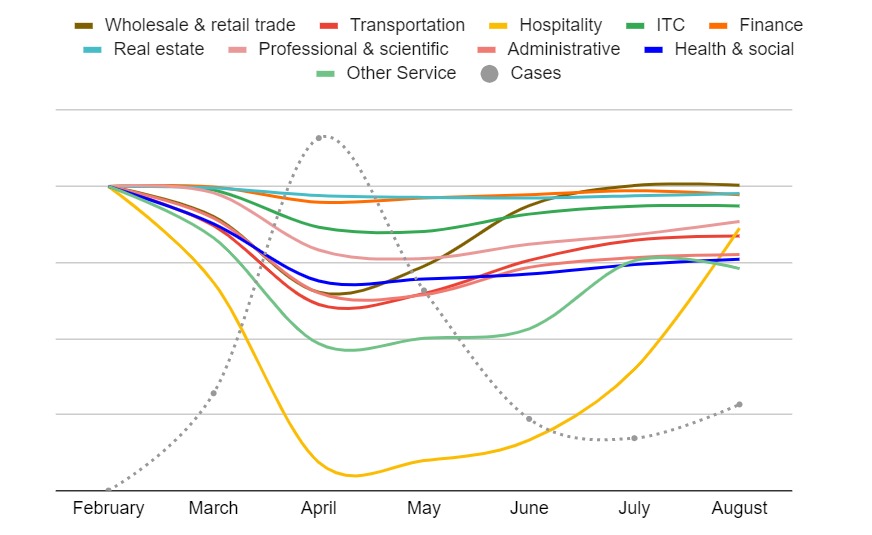 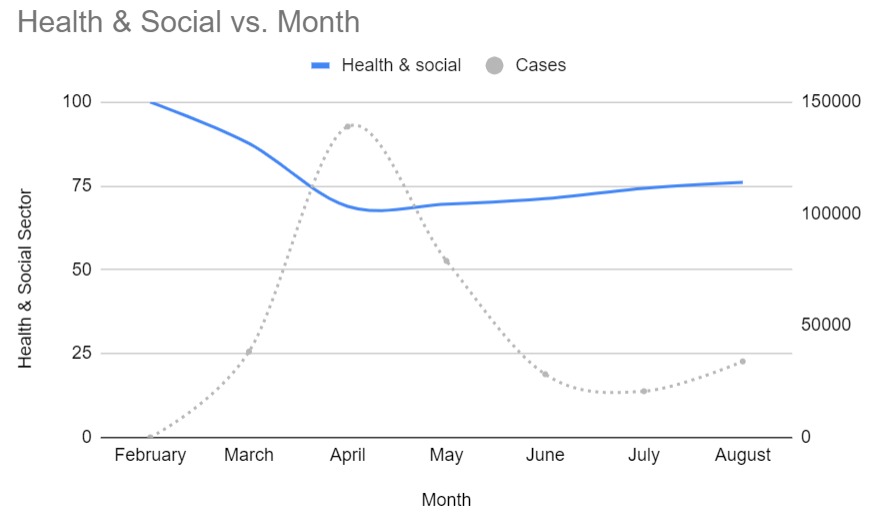 The story behind the numbers

During ‘lockdown’, Dentists & Opticians practices were legally obliged to close their doors, with patients, instead, being referred to hospitals for urgent care.

An independent high street Optician told one of Rangewell’s Healthcare Finance Experts that, even after taking the Job Retention Scheme into account, the firm was spending £10k a month just to keep the business going whilst it was closed. This was typical of all healthcare businesses who were required to shut their doors during the lockdown.

The economic effect can be seen sector-wide, even with the businesses that remained open, such as Pharmacists. Due to the way the Government has changed the way Pharmacies are paid - that is the reduction of the payment they get from actually dispensing medicines to delivering services, which they are paid per-service or in a banded manner - the pandemic hindered their ability to deliver services and they became reliant on the fees paid for dispensing.

To make this worse, the huge spike in prescriptions increased Pharmacist wholesaler bills at the same time as a rise in drug prices. As the NHS pays three months in arrears, the delay affected Pharmacists’ ability to balance the books.

In March, the Association of Independent Multiple Pharmacies welcomed the loan from Public Health England of £300m to Pharmacies but forecasted that they would need an extra £10k per Pharmacy, per month in April and May to help with the additional costs and to ease the cashflow squeeze.

Staffing costs are adding further pressure onto Independent Healthcare providers. With a shortage of NHS testing, many professionals will have been forced to self-isolate. Speaking to Pharmacists in April, Mike Hewitson of Beaminster Pharmacy estimated the overtime costs for one week alone were £5000.

The ongoing cost of Personal Protective Equipment (PPE) in health and social care has been yet another overhead that businesses have needed to factor into their costs. Derek Luckhurst of Agincare told The Guardian in May that PPE for his 23 care homes had cost his business an extra £70,000 a month.

The IHS Markit UK Household Finance Index also shows that there has been a reduction in household spending, savings and personal credit availability. This may well also have an effect on Healthcare as less might be spent on cosmetic or nonurgent services/sundries.

1 Wickware Carolyn ‘Leyla Hannbeck: ‘COVID-19 has many pharmacies struggling to keep their heads above water’, Pharmaceutical Journal, May 6 2020 https://www.pharmaceutical-journal.com/news-and-analysis/opinion/qa/leyla-hannbeck-covid-19-has-many-pharmacies-struggling-to-keep-their-heads-above-water/20207939.article?firstPass=false